These events attract in-arena crowds of over 10,000 people, but more crucially they are filmed and shown in the UK on terrestrial television, on Channel 5, and repeated several times. Strongest Man contests have been staple festive viewing for British television viewers for decades, as families sit down to enjoy the programmes together.

At the events themselves competitors will be wearing t-shirts promoting 4x4AT.com, but most importantly, in one of the real highlights of the day which is a firm favourite with the audience, they will be attempting to deadlift a Ford Ranger adorned with various 4x4AT.com accessories, from a hard-top canopy to flared wheel arches and special lights.

Tim Snowden, Managing Director of 4x4AT.com said of the partnership “As Europe’s leading supplier of 4×4 accessories we saw this as a great opportunity to take our offering to a wider audience. We can’t wait to see the competitors lifting the pick-ups complete with a wide range of our new tough and exciting accessories, and we’re sure the crowds will love how the vehicles look”

For your opportunity to win one of 3 pairs of tickets to watch Britain’s Strongest Man at the FlyDSA Arena Sheffield on 27th January 2018, simply enter your details and we will draw the three lucky winners on Wednesday 3rd January. 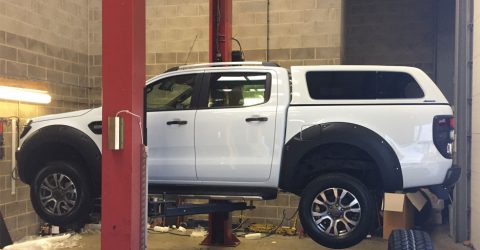